My Journey as a Midwife

Joanne Gottschall LM, CPM, RNC is a Charleston Midwife, serving the greater Charleston and  surrounding areas. She has been serving birthing families since 1996. Her beginnings of midwifery started in New York when her daughter Kelly was born in 1979. Joanne believed there had to be a better and more gentle way to have a baby. She researched the options and came up with becoming a nurse midwife. In 1982, Joanne graduated from Atlantic Community College with her Associates Of Science in Nursing.  With the encouragement of a close friend, she began working in Critical Care.  After  becoming pregnant with her second child, Brendan, the call to maternal-child health became stronger and she started working in the Neonatal Intensive Care Unit. Wanting to spend time with her yo 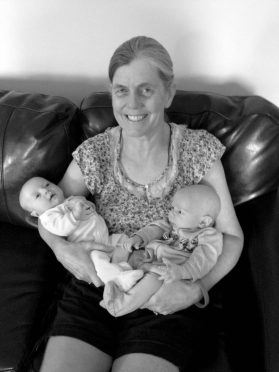 ung children, Joanne then worked as a pediatric home care nurse. In 1992 when she became pregnant with her youngest son Patrick,  she had a beautiful homebirth.  Not long after Patrick’s birth, God sent Joanne a sign that midwifery was her calling when a local midwife asked for assistance.  Patrick was just three weeks old when he and Joanne  attended their first homebirth together. Almost immediately Joanne embarked on a 3 year apprenticeship after which she, a CPM, and CNM started a practice called BirthWise Midwifery Care. In 2000 Joanne took the North American Registry Of Midwives test and became a CPM (Certified Professional Midwife).  In 1996 Joanne, despite proclaiming she would never work in Maternity in the hospital, took a position as an RN that lasted 16 years! She continued in her homebirth practice using what she called “Divine Scheduling”. In 2013 Joanne and her husband made the big leap they had been talking about for years and moved to Charleston, SC!  Joanne now has a homebirth midwifery practice –  Holy City Homebirth and also works as an RN at Charleston Birth Place.